Today was supposed to be the official start to the calving season, but with the snow, ice, and negative temperatures for the first time that I can recall this past week, we already have four calves on the ground. So far, it looks like none of them have frostbitten ears or tails, but it was hectic around here for a little while. We put two pairs in an old chicken coop for a couple of days with hay and were toting them water during the worst of the weather. Everything is back with the main herd now, and with temperatures in the 50s now, things are getting back to normal. All four of these calves are AI sired. Three are sired by Cadella Park Golden Boy, an Australian Murray Grey bull that was born in the early 1970s, and the other is a heifer sired by Ballee Thumbs Up, a New Zealand born Murray Grey bull.

This is the first calf born this year. She is a 5 day old daughter of Cadella Park Golden Boy, weighing in at 74 lbs. 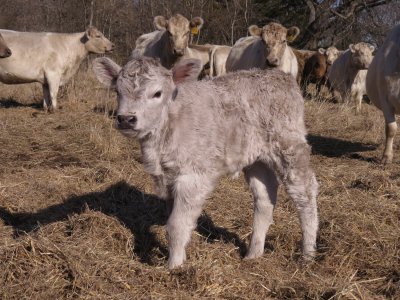 These next two calves are bulls sired by Cadella Park Golden Boy. The first weighed 70 lbs, and we have not yet weighed and tagged the second calf yet. The first is pictured at 2 days, and the second at just a few hours old. 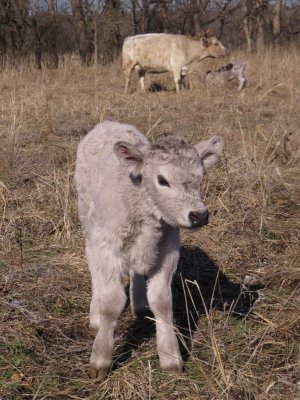 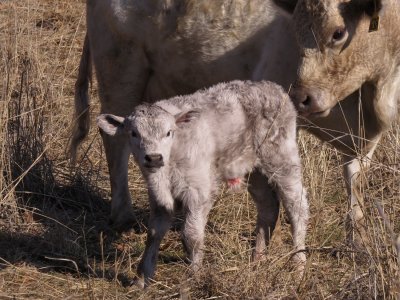 And this last heifer calf is a 72 lb daughter of Ballee Thumbs Up, pictured at 1 day of age. 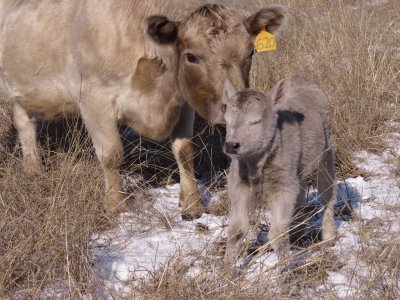 No calves in this last picture, but I thought it was worth sharing. It is not often that we get to see our cattle in the snow here. 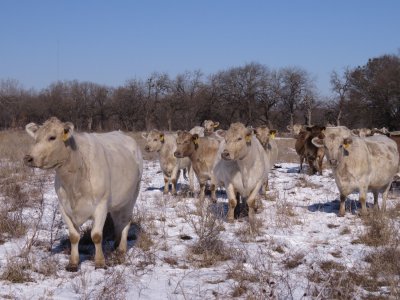 Good cattle. Excited to see how those AI calves turn out!

nice looking pairs to start the calving season. as long as the calves aren't born on a patch of ice or in a snow bank, they seem to handle the cold pretty well if the cow licks them early and often. early nursing is essential also. had one born Feb. 9th in -15F temp with no frostbit tail or ears. credit mommy for a job well done. hope the rest of your calving season goes well and surpasses your expectations.

They are beautiful!
F

Nice. I wish there were some near here, I wouldn't mind trying a few just so do some comparisons. They ought to sell decent having the black noses and all, not looking charolais colored. I like their bulky build too.
T

@farmerjan there are a couple breeders in Virginia. https://murraygreybeefcattle.com/states/VA.html

And Hays- those calves look fat and happy! Glad they didn't all calve at the same time and sounds like the worst of it is behind you. Hopefully one of those Golden Boy bulls calves turn out nice too!
F

Thank you @TwoByrdsMG .... I will look them up. I just thought it would be interesting to have a couple and see how they do and how they kill out. I am pretty dedicated to killing my jersey steers since they are worth nothing on the normal market.... but I like the way the MG's look .... and they might not get discounted so much at the stockyards either....
OP

Thank you! I am really excited to watch these calves develop. Until this year, we have only had one female out of Cadella Park Golden Boy, but she is now a 6 year old and is one of our top producers. This was her last year with her Ballee Thumbs Up heifer. 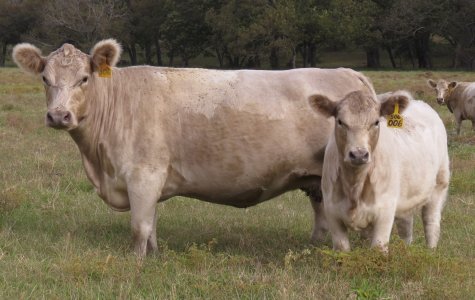 To date, we have had two other Ballee Thumbs Up daughters, and one of his sons born on the place. His daughters are yearlings now and are looking really nice. We used his son over a group of heifers this past December, and are expecting his first calves in the fall of 2021. This was him as a 2 year old. He could have a bit more mass through his back end, but he will be a decent heifer bull for the interim. He had a 70 lb birth weight and a 622 lb weaning weight. 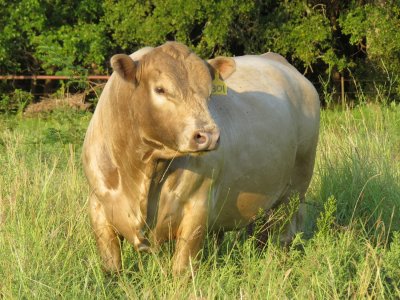 I've liked that 506 cow since she was a heifer! That bull looks quite thick!
OP

I thought that I would update this thread. Our first natural service calves were due to start hitting the ground on March 10th. Since then, we have had 23 calves and only 8 left to go. The calves are primarily sired by BB Backbone's General, but we do have a handful out of BB Uncle Tony, the 9 year old bull that has been the building block of our breeding program. Here are a few of our General calves, ranging from 4 to 6 days of age. The first three are bull calves, and the other two pictured are heifer calves. 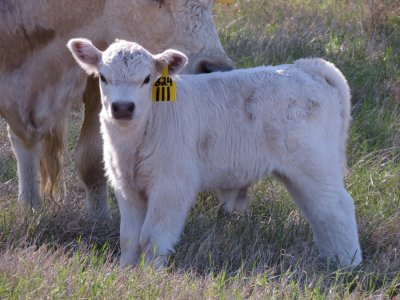 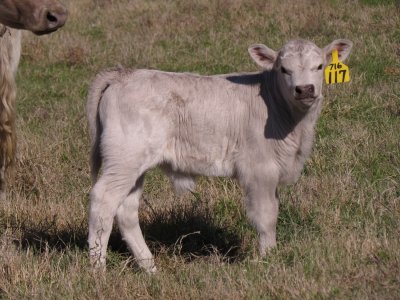 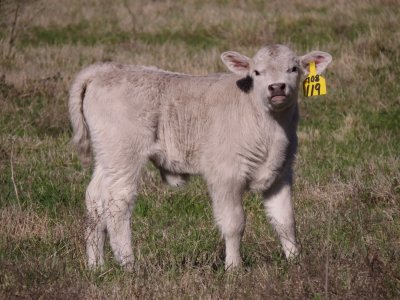 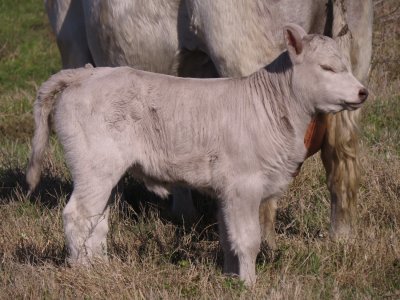 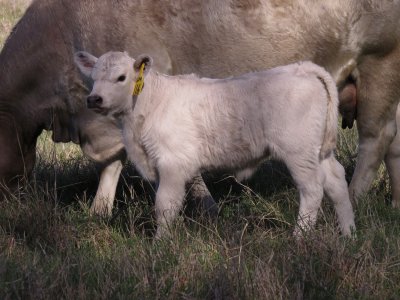 And here are a few of our AI sired calves from earlier in the season. These calves are between 4 and 5 weeks of age. The first is the Cadella Park Golden Boy heifer that ended up losing the tips of her ears. The second is a Ballee Thumbs Up heifer. We really are liking the females that he produces. And the last calf is a son of JOPA Elation Power, a very popular bull from the early 90s. This calf started out as all leg, but he seems to be starting to grow into himself. 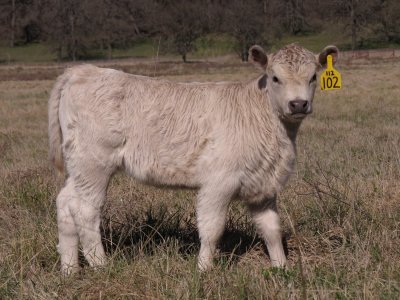 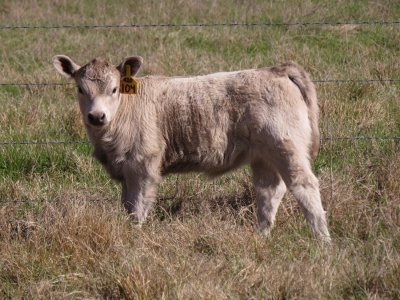 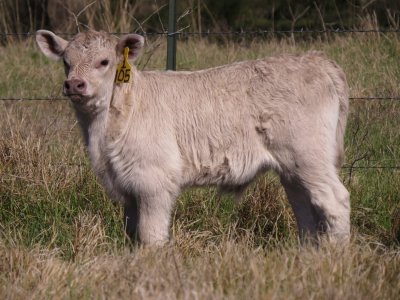