J. Michael Waller, the Senior Analyst for Strategy at the Center for Security Policy, was in attendance at the January 6th uprising. His account runs directly counter to what the American people are being told by the corporate media -

Waller provides a clear and concise account about what he witnessed.

“The deadly riot at the U.S. Capitol bore the markings of an organized operation planned well in advance of the Jan. 6 joint session of Congress, Waller wrote. “A small number of cadre appeared to use the cover of a huge rally to stage its attack. Before it began, I saw from my vantage point on the West Front of the Capitol what appeared to be four separate cells or units”:

Plainclothes militants. Militant, aggressive men in Donald Trump and MAGA gear at a front police line at the base of the temporary presidential inaugural platform;

Agents-provocateurs. Scattered groups of men exhorting the marchers to gather closely and tightly toward the center of the outside of the Capitol building and prevent them from leaving;

Fake Trump protesters. A few young men wearing Trump or MAGA hats backwards and who did not fit in with the rest of the crowd in terms of their actions and demeanor, whom I presumed to be Antifa or other leftist agitators; and

Disciplined, uniformed column of attackers. A column of organized, disciplined men, wearing similar but not identical camouflage uniforms and black gear, some with helmets and GoPro cameras or wearing subdued Punisher skull patches.

“All of these cells or groups stood out from the very large crowd by their behavior and overall demeanor. However, they did not all appear at the same time. Not until the very end did it appear there was a prearranged plan to storm the Capitol building, and to manipulate the unsuspecting crowd as cover and as a follow-on force,” he added in his first-person account.

The explosive testimony of an eyewitness to the Capitol Riots has been entered into the Senate record. And the left is in […] More

I’ve said from the get-go that there were suspicious looking characters in that mob.
OP 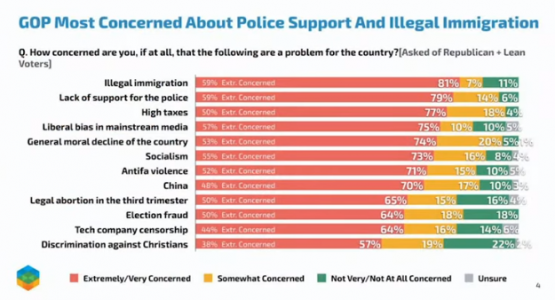 “The fact that the group that attacked our west front [did so] approximately 20 minutes before [former President Trump’s rally] ended, which means that they were planning on our agency not being at what they call ‘full strength,'” Sund added. He noted that alleged pipe bombs found near the Republican and Democratic party headquarters in the District of Columbia were likely used to distract officers from being deployed at the Capitol building.

I heard on the radio that of the 86 people arrested nearly all were antifa and proud boys. Less than 5 were patriots caught up in the moment. I wish I could quickly find that article.