Love to see the pictures from your cattle. I really like the builds, yet here we would get hurt at the stockyards. I want to try a few different crosses this next year since I am slowing down with work and hope to be able to have a few more near catch pens with head chutes to be able to get them in. I really like the quiet dispositions on your calves and how friendly they all seem to be a very young ages. That's really wonderful.
OP

Calves are getting closer to the weaning. Going to weigh bull calves this Friday, that could plan their sale. Overall pretty strong calves this year. Just a couple, which are below an average quality.
Some photos of the calves. Heifers: 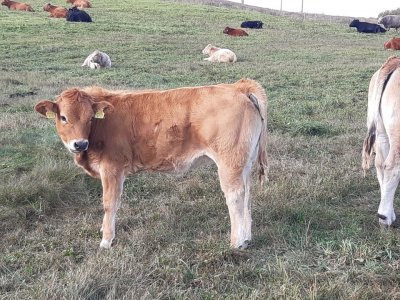 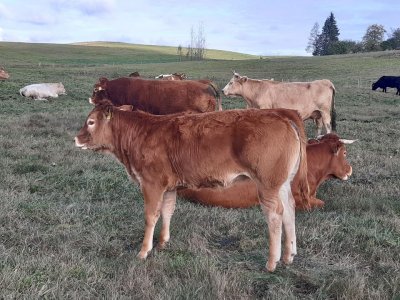 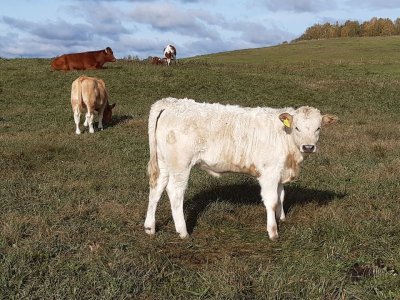 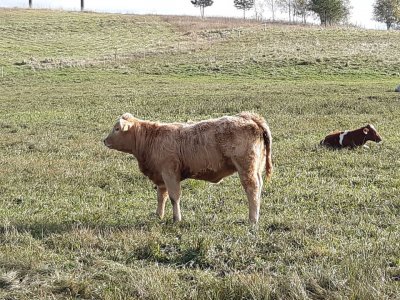 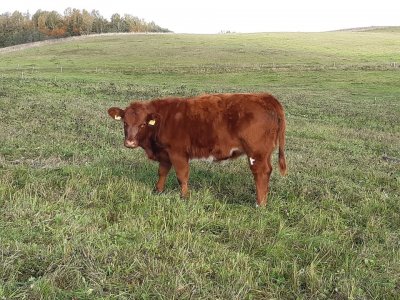 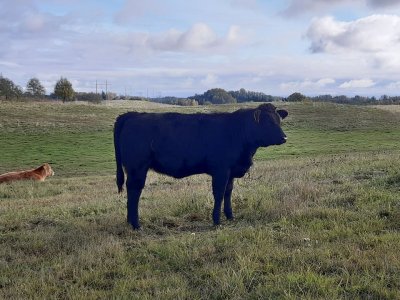 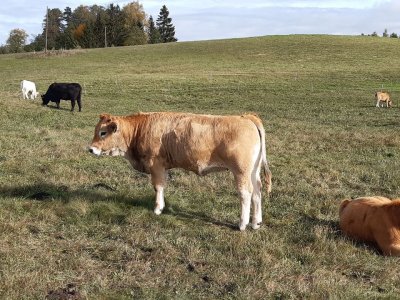 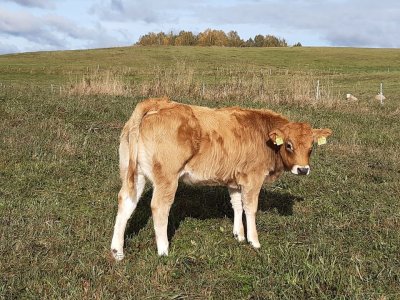 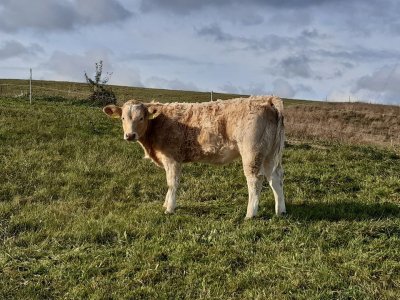 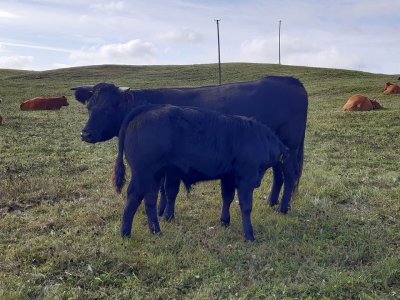 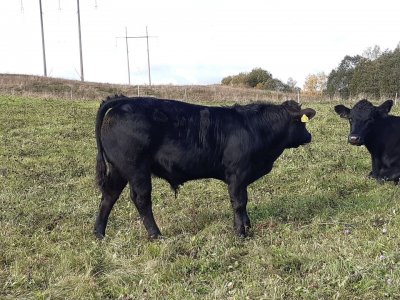 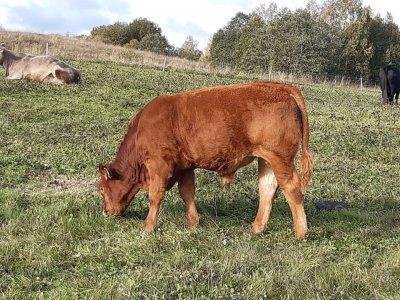 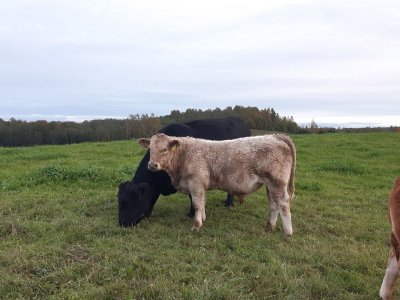 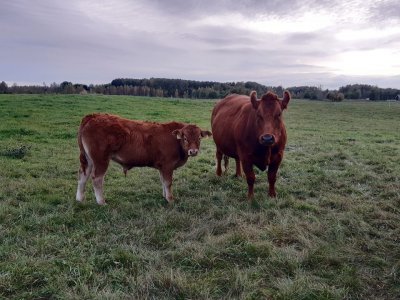 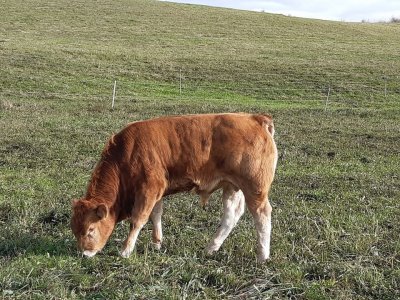 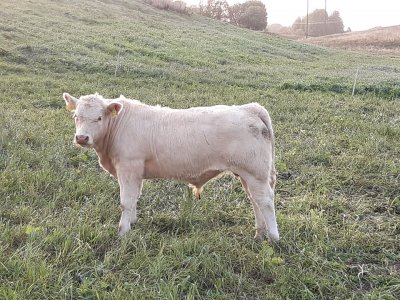 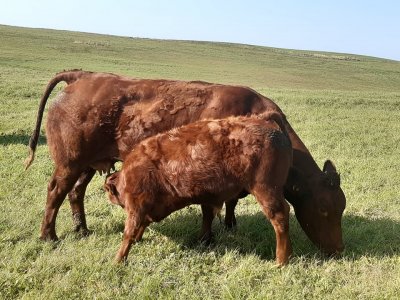 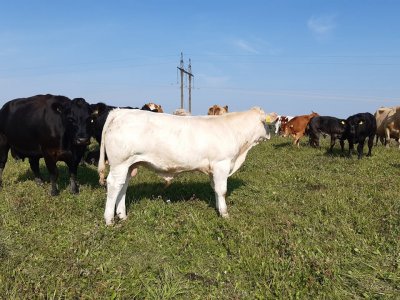 This heifer has impressed me the most. She has a very nice build and seems to be one of the best looking heifers we've ever had. 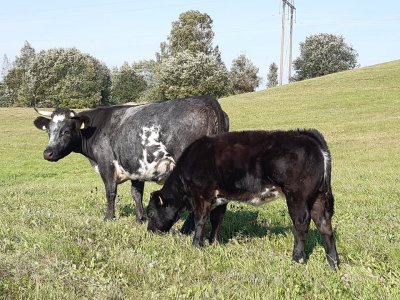 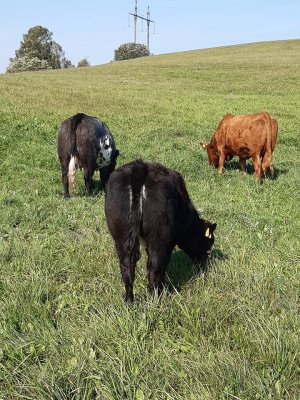 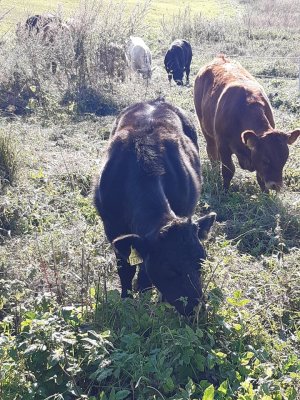 This one is from the first calver and has changed colour from red in less than two months. 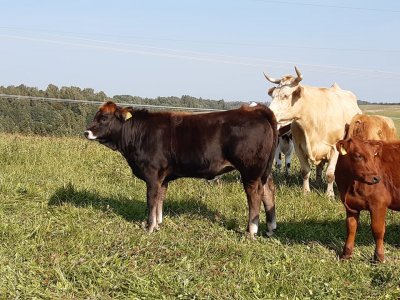 Three late summer born calves. Still quite early to judge, but they look nice so far. 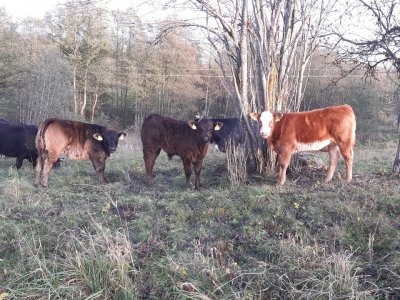 New calving season will start in December around holidays. Girls look ready for it. 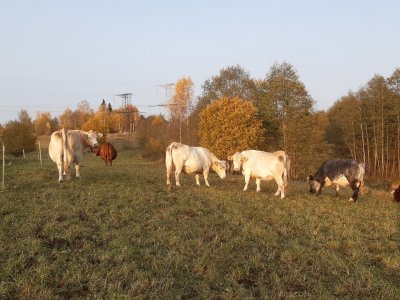 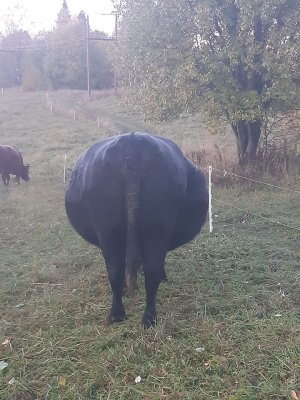 Think that last one is going to make it to December? Wide load!!!
OP

TCRanch said:
Think that last one is going to make it to December? Wide load!!!
Click to expand...

Oh yes, she will! Her due date is 19th of December. She looks preg when she's not, so when she is she looks super preg.

lithuanian farmer said:
Oh yes, she will! Her due date is 19th of December. She looks preg when she's not, so when she is she looks super preg.

not a minute ago I thought I hadn't heard from you in a while.!
This girl was always very round 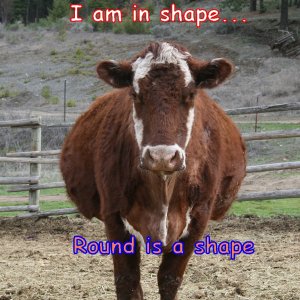 Nesikep said:
not a minute ago I thought I hadn't heard from you in a while.!
This girl was always very round
View attachment 602
Click to expand...

Yeah, been very busy for a while and still am with university stuff and life changes. Hopefully will be abit more free next year, but who knows.
So far have two cows, which looks pregnant all year round, so you never know if they really are and how many calves they'll have. This one is 7 years old, no twins yet. Another from four calvings had two sets of twins. She can be seen in a photo with winter calving cows- the red one.

it's never the ones that look like they'll have twins that do have them it seems.. at least I've never been able to predict it judging by belly size
Two closest ones are full sisters, and just like yours, always look pregnant.. the really round one had a 120 lb calf a week later.. I just shipped both of them this fall 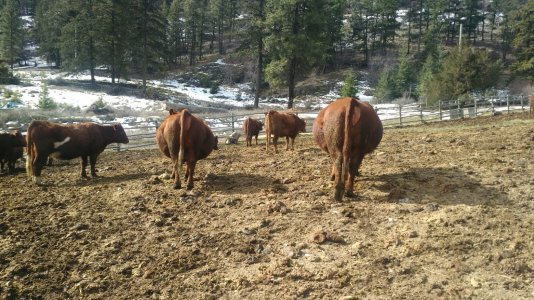 Have weighed calves today. Considering that cows were grazing overgrown grass until fall calves are doing pretty well. There is a noticable decrease in weights, but overall not to bad. The best growing bull calf is a silver one, he weighed 833lbs, DOB 16th of April. And he's actually nursing only two teats. The second best growing calf is a white char bull calf: 864lbs, DOB 8th of March. An average weight of bull calves was 628lbs, average age 6.5months.
The best growing heifer was born on 15th of May, weighed 584lbs today, yellow with some white heifer. The second best growing and the heaviest heifer weighed 800lbs today, DOB 21st of February. Average weight of all was 533.5lbs.
You must log in or register to reply here.
Share:
Facebook Twitter Reddit Pinterest Tumblr WhatsApp Email Share Link