forecast for Friday regarding tropical moisture.. 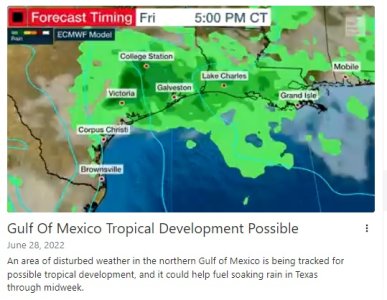 I hope it pours on your way to the sale and you come to your senses!

A friend of mine who lives between Brenham and Round Top got 3" on Monday night.

The new system coming in this weekend could bring 3-6" of rain between Houston and Dallas. Ag New Network said most likely east of I45 but could drift west to I35.

Please dear Lord, bring some rain to your thirsty plants and animals.

We'll take a good flooding rain to get the creeks and tanks back in good shape. But as far as the grass goes the damage is done. . Took another 24' yesterday. It's been a year since we've seen average rainfall. Mostly far below. Looks like we're probably gonna get to call this a real drought.

callmefence said:
. It's been a year since we've seen average rainfall. Mostly far below. Looks like we're probably gonna get to call this a real drought.
Click to expand...

what is 'average' for this part of the state?

Location
near Ft Worth, Texas

It's dry here NW of Ft Worth. Running out of grass. Sold some earlier this week. Planning to sell more next opportunity.
On the positive side, I won't be using any diesel for mowing.

Still to be seen...didn't start raining here till late December in 2011. Drought across the south had started to break. 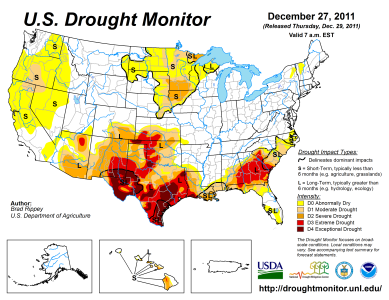 My first herd reduction, other than culling problem cows, was in May where I cut 18% of them.The 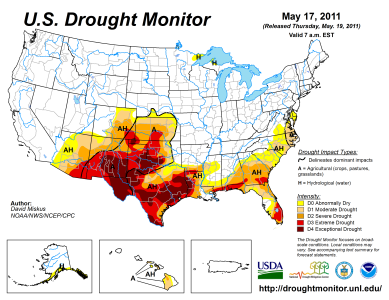 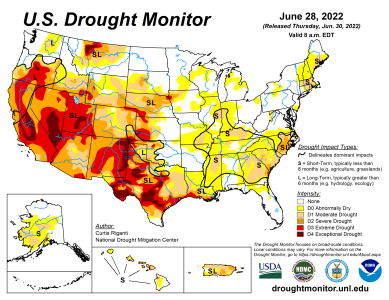 September 2010, going into this mess, looked like this. Nothing to much out of the ordinary summer dry spell somewhere in the USofA
I suppose if it proceeds to grow towards the east more cattle will be liquidated, I think the western states have already done theirs last year. Around here, the economy of ag and lessons learned 10 years ago will buffer some selling. However, thats just my opinion. 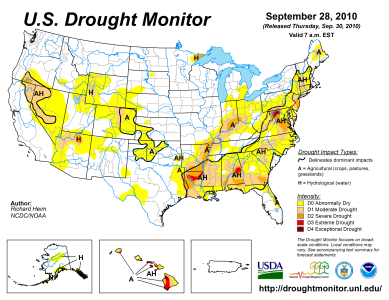 C
Texas have you gotten relief from the drought?