Same motor but I'd bet not the same transmission. I like Rams better than Fords still not a Chevy.

23 things that would be different if MicroSoft Headquarters were in southern Tennessee.

1. There #1 Product would be MicroSoft Winders.
2. Instead of an hourglass icon, you would get an empty beer bottle.
3. Occasionally you'd bring up a window that was covered with a Hefty bag.
4. Dialog boxes would give you the choices of "Aah-ight" or "Naw"
5. Instead of "Tada.wav", the opening sound would be dueling banjos.
6. The Recycle Bin in Winders '95 would be an outhouse
7. Whenever you pulled up the Sound Player, you'd hear a digitized drunk redneck yelling "Freebird!"
8. Instead of "Start Me Up", the Winders '95 theme song would be Achy-Breaky-Heart
9. PowerPoint would be named "ParPawnt"
10. Microsoft's programming tools would be "Vishul Basic" and "Vishul C ++"
11. Winders '95 Logo would incorporate a Confederate Flag
12. Microsoft Word would be just that: one word
13. Instead of WWW servers, Microsoft would have BEER servers
14. The shutdown wav would be "Yall come back now, ya hear?"
15. Instead of VP, Microsoft big shots would be called "Cuz"
16. Hardware could be repaired using parts from an old Trans Am.
17. Microsoft Office would be replaced with Micr'sawft Henhouse
18. Four words: "Daisy Duke Screen Saver"
19. Well, the first thing you know, ol' Bill's a billionaire
20. Spreadsheet software would include examples to inventory dead cars in your front yard.
21. Flight simulator would be replaced by Tractor Pull Simulator
22. Micr' sawft CEO: Bubba Gates
23. Winders '95 would only run on 'puters. 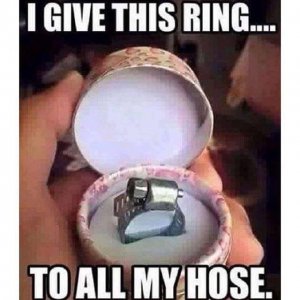 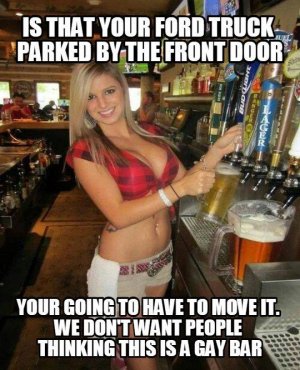 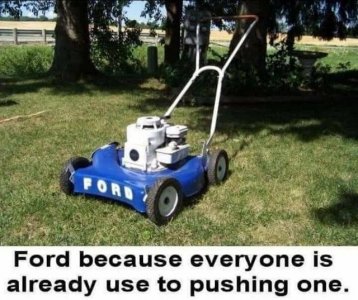 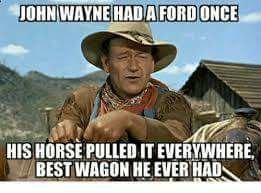 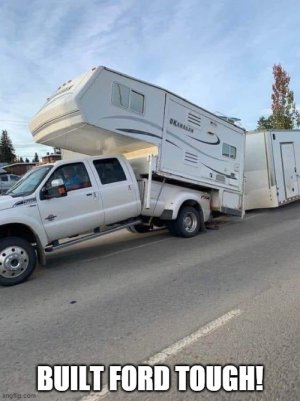 FarmerShell said:
Same motor but I'd bet not the same transmission. I like Rams better than Fords still not a Chevy.

Remember, summer is just around the corner. Heed the advise! 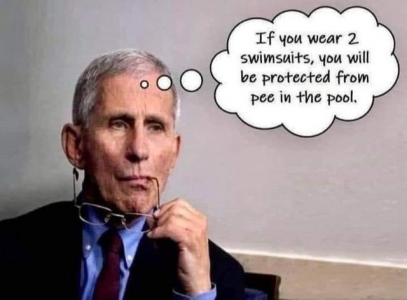 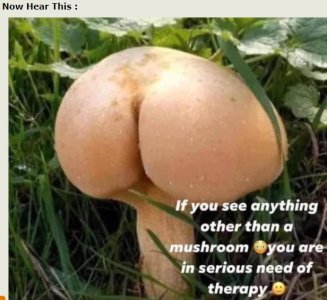 If you see anything other than a mushroom, that's why we're friends

New bartender gal at the local watering hole had something like that between her chin and her belly button sticking out.

I thought she was smuggling a 4 year old kid upside down!!
L 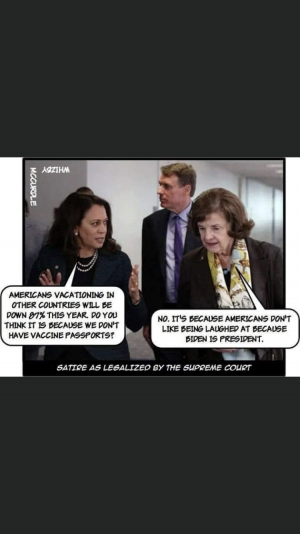 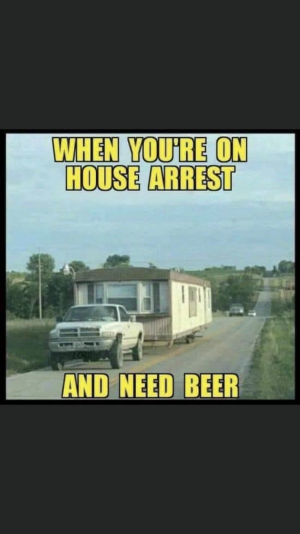 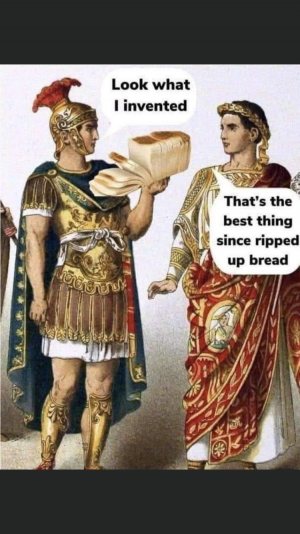 In the late 70's traveling Europe I was amazed at the disrespect of Carter. Nobody I met liked him.
N 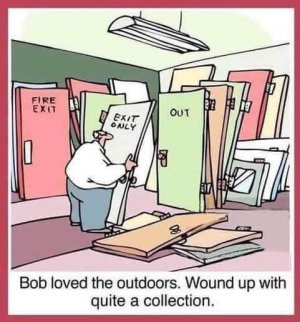 Named'em Tamed'em said:
New bartender gal at the local watering hole had something like that between her chin and her belly button sticking out.

I thought she was smuggling a 4 year old kid upside down!!
Click to expand... 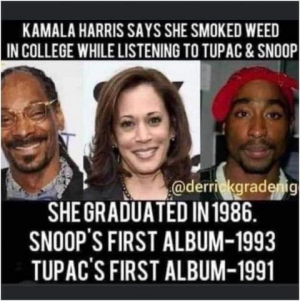 I don't like her, but no, she did not say that.

Watch the video. She was answering 2 separate questions from two different people regarding 2 different timelines and subjects.

WAIT HOLD UP.... what ya'll see?
I see it could be many different body parts...I meant things.