Anyone have a favorite brand/model? or one to definitely avoid??

I have an allflex 2cc.. works alright
[url=https://postimages.org/] 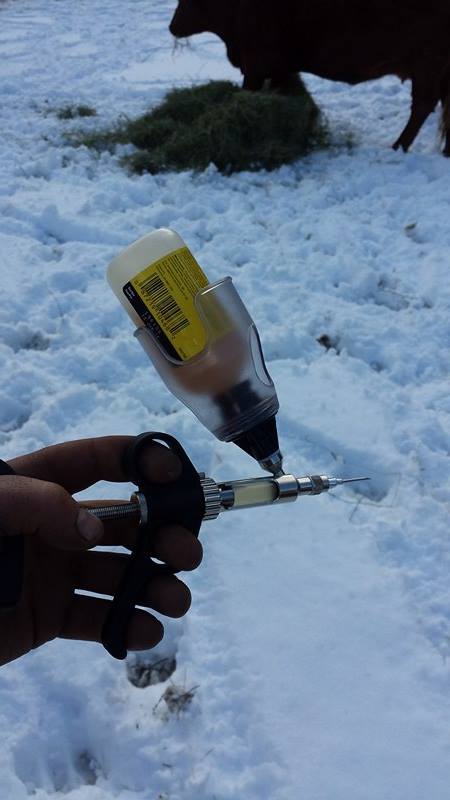 I’ve been doing some looking at these the last few days too. Looks like Allflex and nj phillips are the two brands most like. The less expensive ideal brand seems to only last a working or two. Might be one of those deals were you get what you pay for. Hard to pay $75 for one when the other brand is $25 though.
Top

I have two of these.
https://www.qcsupply.com/140462-socorex ... older.html
They were about $120 apiece when I bought mine. Their accuracy in metering out vaccine is incredible.
Top

We like the allflex , ours are adjustable to 5cc, one with the bottle holder, and one barrel type, I would definitely reccomend the bottle holder type for those of us who have arthritic symptoms. Money well spent imo.
Being poor is the most expensive thing there is
Top

Some of the cheap ones are inaccurate. Even the mostly metal ones. Had an import one from maybe Germany. It was not cheap. The drive cog wore out in a few years to administer the vaccine. Alflex is dependable and accurate and you can get replacement barrels O rings, ...
Top

Allflex here. I have one 50cc and one of the bottle holder 5cc. I like both. Just be sure to put some lube on the orings after you sanitize them after use. (or buy lots of replacements to have on hand). Repeaters are lifesavers for me. My farm help is whatever family members happen to be around, and it's much easier to say, "inject here, and just squeeze until it stops" rather than, "see this 3 line? don't go past it!".
Top
Post Reply
8 posts • Page 1 of 1