The place to start if you are new!
Post Reply
25 posts

"Experience is something you don't get until just after you need it." - Steven Wright
"Perfection is not attainable, but if we chase perfection we can catch excellence." - Lombardi
Top

2 heifers, 1 bull born today (so far) Both heifers got some kinda funky paint jobs. Cow that had the bull calf is one I've always wanted a heifer from.. so far she's had 8 bull calves in a row.

I'm currently at 11 bulls and 13 heifers alive with 4 more to calve. However, I have also lost 2 heifers and 1 bull calf (so the real ratio is 12 to 15 I guess). I've had 2 sets of twins this season with one survivor from each set (dead twins not included in the ratio). Calving started Feb. 2. My cows are split between two different properties. One group (14 Mommas and 10 replacement heifers) are done calving and I vaccinated (50 injections), castrated 6 bulls, and put in 24 insecticide ear tags today. Trying to wait on the second group (18 Mommas and 4 replacement heifers) to finish calving before I work them. Hopefully, will be done within the next 2 weeks. Bulls go in April 15.
Top

On some of my older Brangus cows that I really want to retain some heifers out of, seems they tend to throw bulls. I catch myself complaining bc I want the heifers, but these old hags raise a heck of a steer so I win either way.

Same here! I've got several older great momma cows that raise heavy steer calves that have never given us heifers. I'd love to get some off them before they fade out.
Top

Here's the cow I've been waiting to give me a heifer FOR EVER..
this is bull calf number 8 for her.. 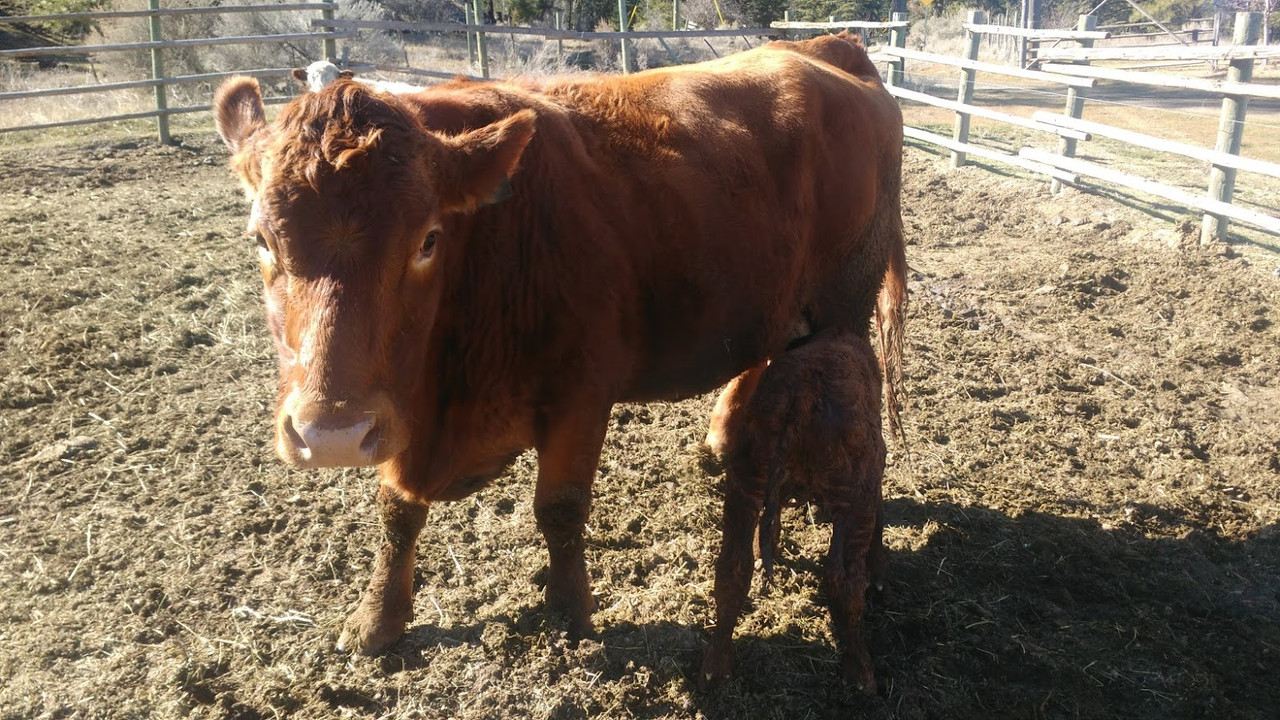 We're running 2:1 bulls to heifers with 1 left to calve so the ratio isn't changing at this point....unless some bulls start identifying as heifers. It started out all bulls and finally had a few heifer trickle in.I wonder if last year's weather.....cool spring w/ very rapid warm up in June had anything to do with it.
Top

Last year was the year for terminal calves. So of course we had all heifers. This is the year for herd growth, so of course we've only had bulls. We're small, so that doesn't help when you have so few cows to help add to your growth. After last fall, I was told I was not to buy any more cows this year. Instead we bought a sweep and squeeze chute.

At the least the two little bulls we have are up and moving well, looking healthy and happy.
For the great things are not done by impulse, but by a series of small things brought together. ~Vincent van Gogh
The fault, dear Brutus, is not in our stars, but in ourselves.-Julius Caesar
Top

Half way done today. Sitting 50/50 so far. Wouldn't bother me if the rest were bull calfs.
No act of kindness, no matter how small, is ever wasted. -Aesop
Exercising compassion provides the most linear and fulfilling state of happiness.
Top

really fat, small framed cow just had a monster, few days overdue, true to her style.. Now she'll just have to feed this thing, it's gonna be hungry
What can be asserted without evidence can be dismissed without evidence
-Christopher Hitchens
Top

I've had 4 heifers to 7 bulls. One set of bull/heifer twins - both small but healthy. Had to pull one dead heifer calf to a 1st timer. Not my favorite day.
Top
Post Reply
25 posts

Return to “Beginners Board”