Discuss the advantages and disadvantages of your favorite breed.
Post Reply
140 posts

Finally, have finished calving all cows this year. After some recent misfortune finished it without much of trouble.
On Friday heifer finally decided to calve. 299days gestation... 7/8limo herself, incalf with AI limousine, medium calving ease. Sure was worried. Heifer did needed assistance, but both are well and formed a nice new family. She had a bull calf, of course, not weighed but over 110lbs. 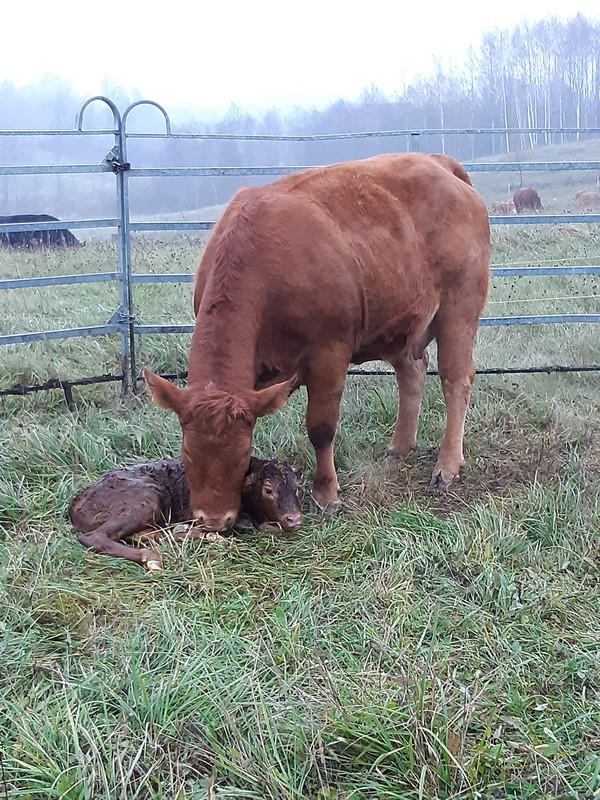 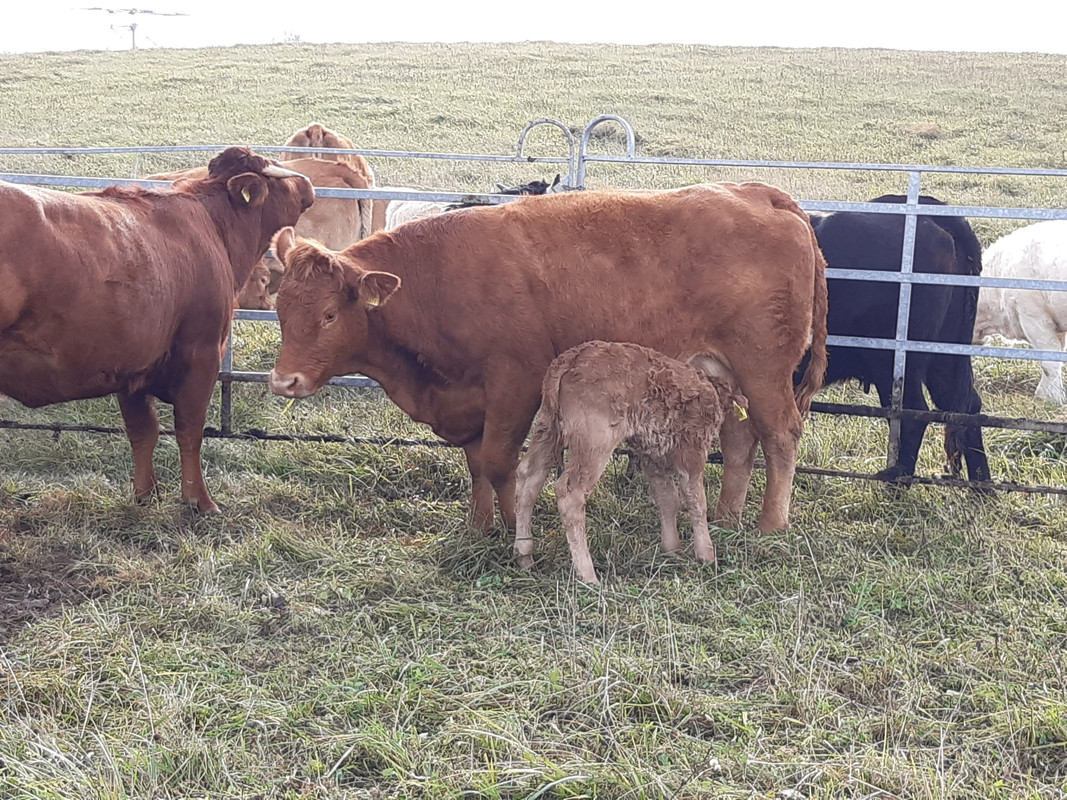 The last cow has calved on Saturday, 281days gestation. Found her and a calf early in the morning. Calf- heifer was well, strong and active. Later that day have found the same colour small dead calf in the field. Well, it looks that we had the first set of twins born this year. Thankfully one calf is well, so it's not a big loss. Sired by AI Blonde, out of 3/4Char cow. Her first ever set of twins, she's 8years old. 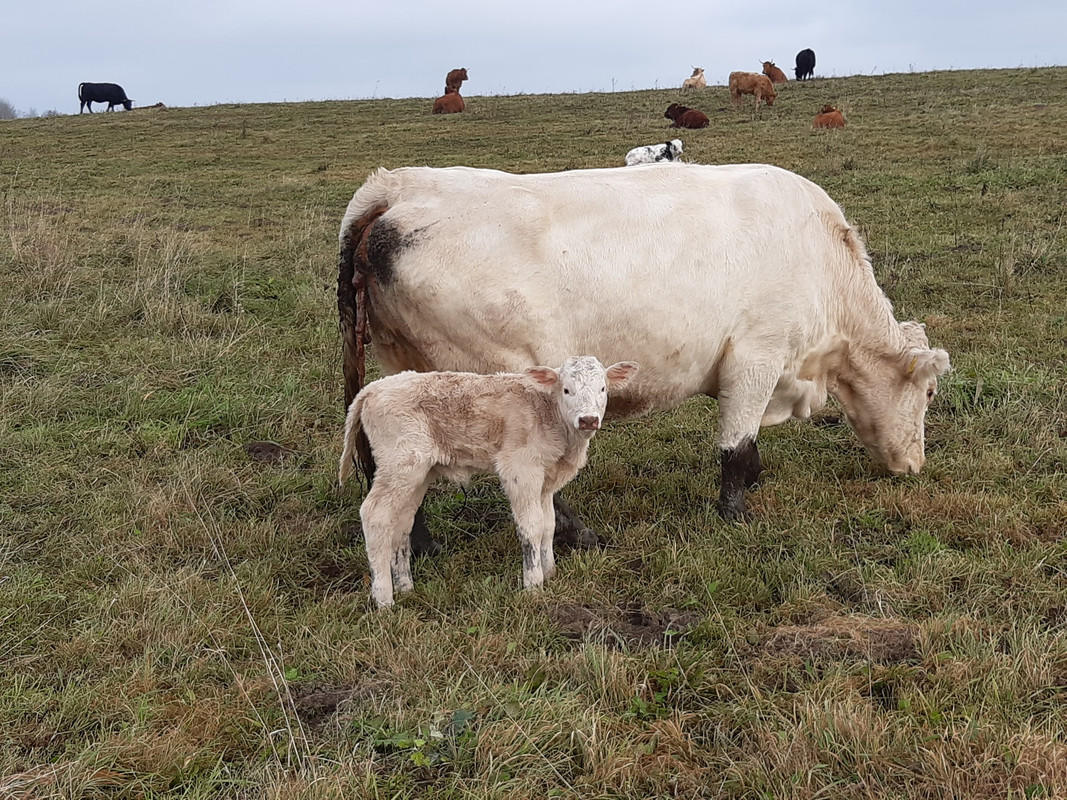 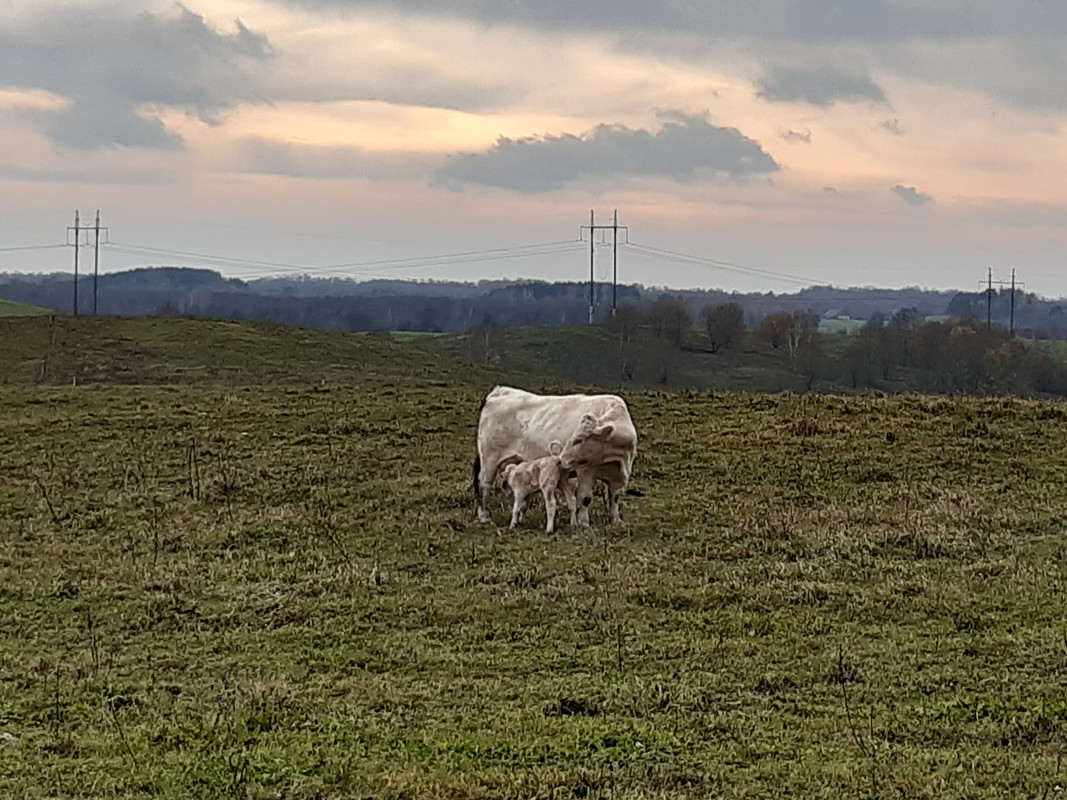 Heifer calved 2 weeks late - I'd not want to repeat that sire. Gestation length is heritable.
Sorry you are not able to watch twins grow, but one live one is good. Was the other a heifer?
Simme Valley of New York - http://www.SimmeValley.com
"We make a living by what we get,
we make a life by what we give."

Jeanne - Simme Valley wrote: ↑
Mon Oct 28, 2019 5:50 am
Heifer calved 2 weeks late - I'd not want to repeat that sire. Gestation length is heritable.
Sorry you are not able to watch twins grow, but one live one is good. Was the other a heifer?

Gestation came from the heifer herself. We had two bull calves born from the same sire last year, 283 and 288days gestation. Both dams were sired by our first Limousine bull. This heifer is sired by the second Limousine bull we'd. That bull's calves are born at over 290days most of the time. At the moment have only two his daughters calved, this at 299days gestation and another at 295days... Good thing is that they seem to have more room inside, but I don't like such long gestations... Time will tell if we'll keep his daughters.

I'm happy with just one calf, especially when the winter is near. It'd be a struggle for the cow to raise two calves until spring. No,unfortunately the other calf was a bull calf, but I still plan to do a reproductive system check for this heifer when she'll be an yearling or so.
Top

Yes, I'm happy with one calf and that mom and a calf are both fine.
Top
Post Reply
140 posts