Anything that doesn't fit in the other boards.
Post Reply
34 posts 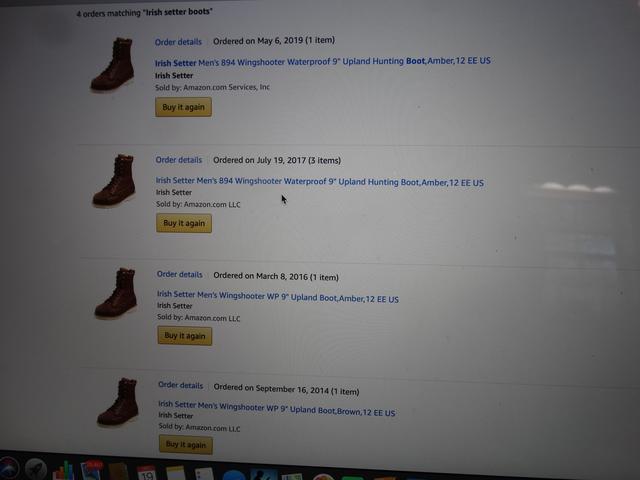 Lol, you’re loyal that’s for sure.

Making Cattle Today Great Again!
Sometimes you do have to throw out the babies with the bath water.

The founder of Mucks sold out years ago with a non-compete that has expired and now has his own line called Dryshods. I bought a pair last year and so far they have held up well and are very comfortable but I don't use them like you guys and gals in the Northern climes. Heck its been so dry this fall that I have only worn them twice.

Only issue I've ever had with Mucks are tearing up the fabric/neoprene when forcing my way through heavy briars. But that happens with any of the neoprene top boots, and it still takes a while for them to actually get a hole. I can get a couple years out of a pair, and that's with some really hard use. But they've reached the price point that I won't buy any more unless on sale.

I did recently discover Tidewe boots as a cheaper alternative. The main difference between the cheaper boots and more expensive boots seems to be the soles. I've bought a few pairs of < $100 rubber boots and the soles are thin with no support at all, and almost zero traction. I bought a pair of Tidewes for my 11 year old and they seem to be made as well as any pair of Mucks I've owned. And under $100.

Look into the Caterpillar line of boots, they pretty much cover any type of boot even muck boots, have been using them for year's, usually get them at Farm & Fleet, think Tractor Supply has them also.
Top
Post Reply
34 posts

Return to “Every Thing Else Board”